From DE4A
Jump to navigation Jump to search

The canonical form for each evidence type that has been identified is called canonical evidence type and these types are essential for the semantic interoperability of cross-border evidence, since they provide agreements on concepts, meanings, languages and ways to represent the information.

Canonical evidence types are implemented according to common data models that are defined from domain-specific ontologies, which reuse existing standard agnostic and specific vocabularies, code lists and data models. Canonical evidence types and common data models are defined according to agreements reached by involved authorities; in the case of the DE4A project, the agreements have been reached by the participants in the DE4A pilot use cases. 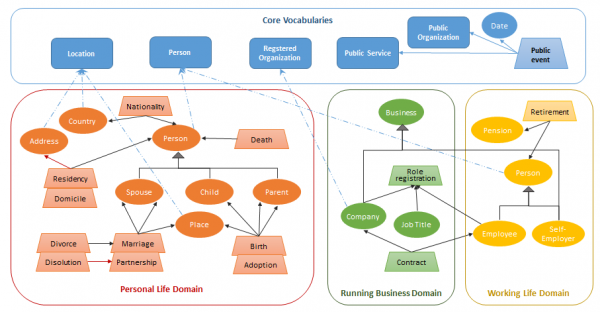 The terms of each canonical evidence type are described in detail in the Multilingual Ontology Repository in order to allow competent authorities to perform the necessary tasks for mapping their domestic evidence with the corresponding canonical form with an accuracy matching between them.